Meet these experts on health, plant-based nutrition, the environment and sustainable living.
Many books will be available for purchase and authors will sign copies at VegFest. 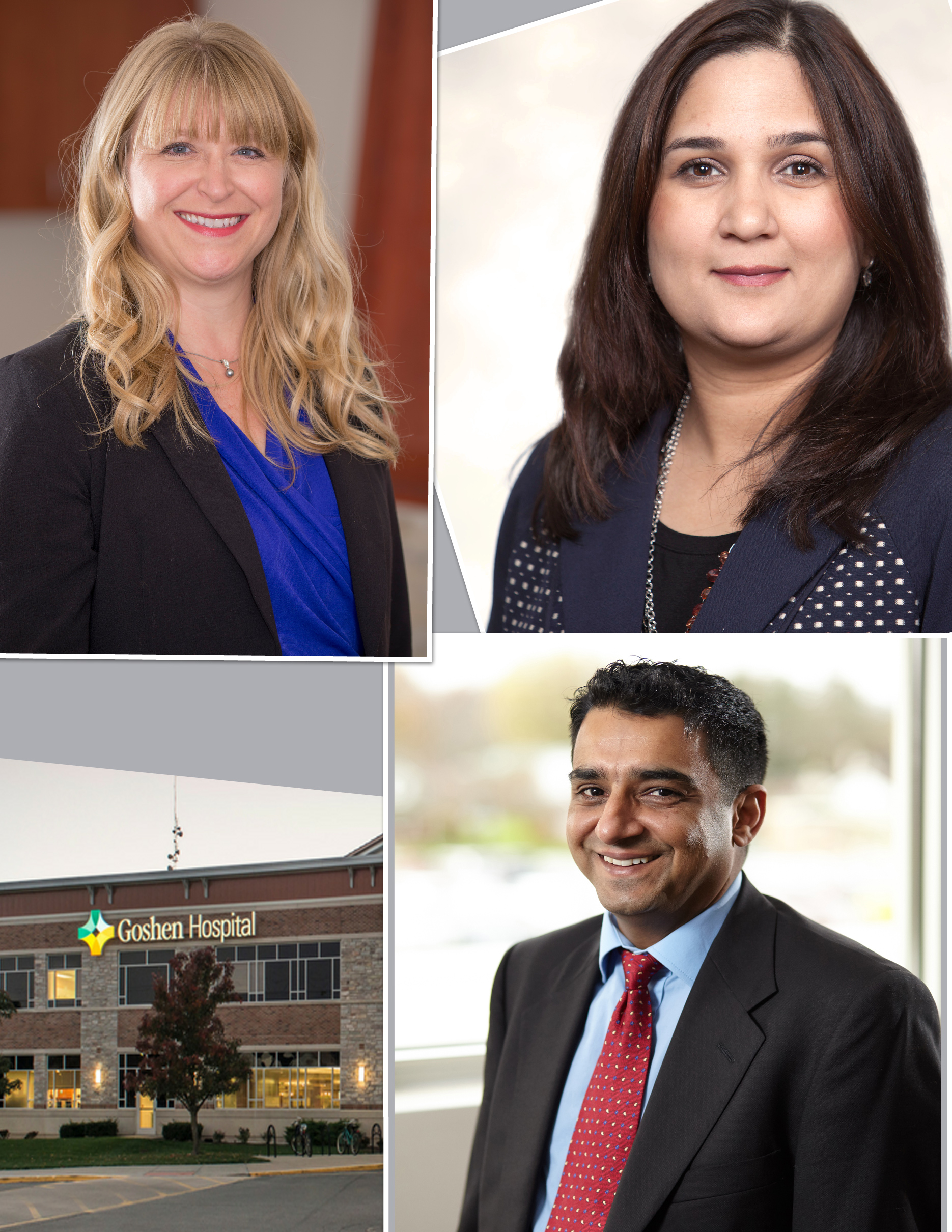 Bendix Theatre
"Will I get enough protein when I go plant-based?"

Tricia Foster, DO, MRO, CME, is a board-certified family medicine physician with Goshen Physicians Osteopathic Family Clinic in Nappanee. She provides medical care for adults and children of all ages in the Wakarusa and Nappanee communities. Her holistic approach centers on preventive care and treatment of chronic illnesses and injuries for the entire family. Prior to joining Goshen Physicians, Dr. Foster served
as the Medical Director and Physician for Occupational Health Center in Bremen. She treated work-related injuries, provided pre-employment physicals and reviewed lab results for workers and employers. Dr. Foster also practiced family medicine and occupational health in Wakarusa, Indiana, for 10 years as a physician at Waterford Street Family Medicine.

Saira Khan, MD, is a board-certified primary care physician who provides expert medical care at Goshen Physicians Family Medicine & Urgent Care. After completing her residency in family medicine in Grand Rapids, she gained valuable experience as an urgent care doctor at different hospitals in the region. Performing the duties of an urgent care doctor and a doctor of family medicine, Dr. Khan has been an integral part of the medical community. She has both inpatient and outpatient family and pediatrics experience. An accomplished leader, Dr. Khan became a managing physician at several nursing homes as well as a Geriatric Liaison at the Michigan State University College of Human Medicine where she was also a supervising physician instructor. 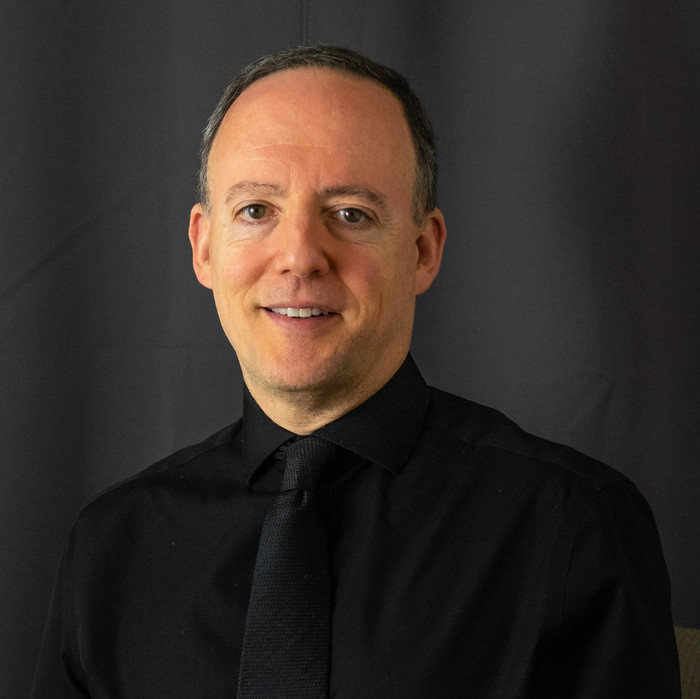 Bendix Theatre
"Can Fasting Save Your Life?"

Dr. Alan Goldhamer is the founder of TrueNorth Health Center, a state-of-the-art facility that provides medical and chiropractic services, psychotherapy and counseling, as well as massage and body work. He is also director of the Center's groundbreaking residential health education program.

Articulate, inspiring and energetic, Dr. Goldhamer is one of the most pioneering and dedicated visionaries in health today. An outspoken professional who doesn't shy away from a spirited debate, he is deeply committed to helping people stuck in self-destructive cycles reclaim their ability to change their lives.

Dr. Goldhamer has supervised the fasts of thousands of patients. Under his guidance, the Center has become one of the premier training facilities for doctors wishing to gain certification in the supervision of therapeutic fasting.

Currently, Dr. Goldhamer is directing a team that is developing a prospective study, incorporating random assignment and long-term follow-up on the cost and clinical outcomes in the treatment of diabetes and high blood pressure with fasting and a health-promoting diet.

After completing his chiropractic education at Western States Chiropractic College in Portland, Oregon, Dr. Goldhamer traveled to Australia, where he became licensed as an osteopathic physician. He is the author of The Health Promoting Cookbook and co-author of The Pleasure Trap: Mastering The Hidden Force That Undermines Health and Happiness.

Click here to read an in-depth interview of Dr. Goldhamer from January 2016. 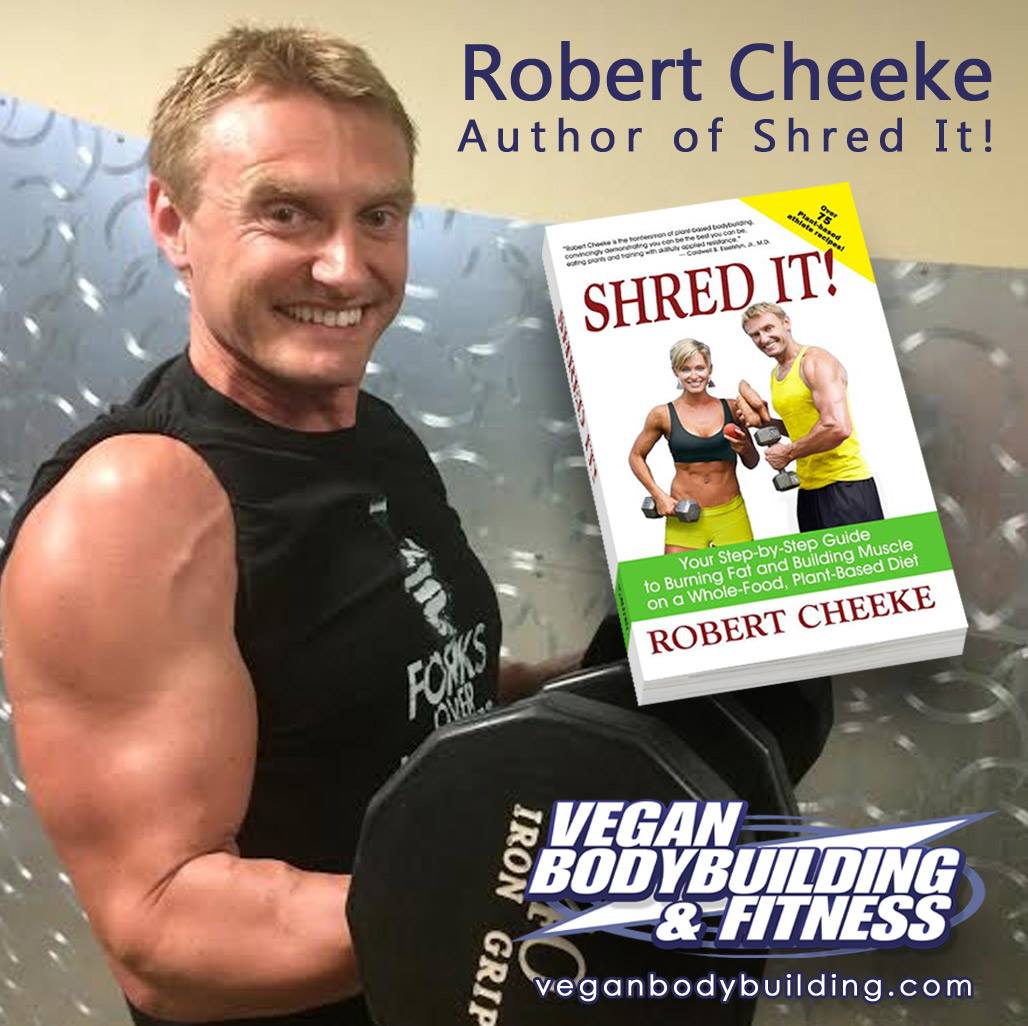 Robert grew up on a farm in Corvallis, OR where he adopted a vegan lifestyle in 1995 at age 15. Today he is the bestselling author of the books, Vegan Bodybuilding & Fitness, Shred It! and Plant-Based Muscle.

As a two-time natural bodybuilding champion, Robert is considered one of VegNews magazine's Most Influential Vegan Athletes. He tours around the world sharing his story of transformation from a skinny farm kid to champion vegan bodybuilder. Robert is the founder and president of Vegan Bodybuilding & Fitness. He writes books, gives lectures, and maintains the popular website VeganBodybuilding.com.

Robert is a 4-time magazine cover model and has appeared in more than 40 magazines including FLEX, Ironman, Natural Bodybuilding, Health Science, VegNews, Vegan Health & Fitness, Naked Food, and numerous international publications. He is considered to be the “Godfather of Vegan Bodybuilding,” building the industry from infancy in 2002, to where it is today with half a million online followers of his own brand, a fully funded national tour, and a network comprised of celebrities and influencers.

He is a regular contributor to No Meat Athlete, Vegan Health & Fitness Magazine, Naked Food Magazine, and Forks Over Knives, is a multi-sport athlete, entrepreneur, and has followed a plant-based diet for more than 24 years.

Robert lives in Phoenix, Arizona with his wife and two rescued chihuahuas. He can often be found hiking among the cactus and wild horses in the Tonto National Forest when he’s not on his Vegan Strong national tour or in front of his laptop writing books. 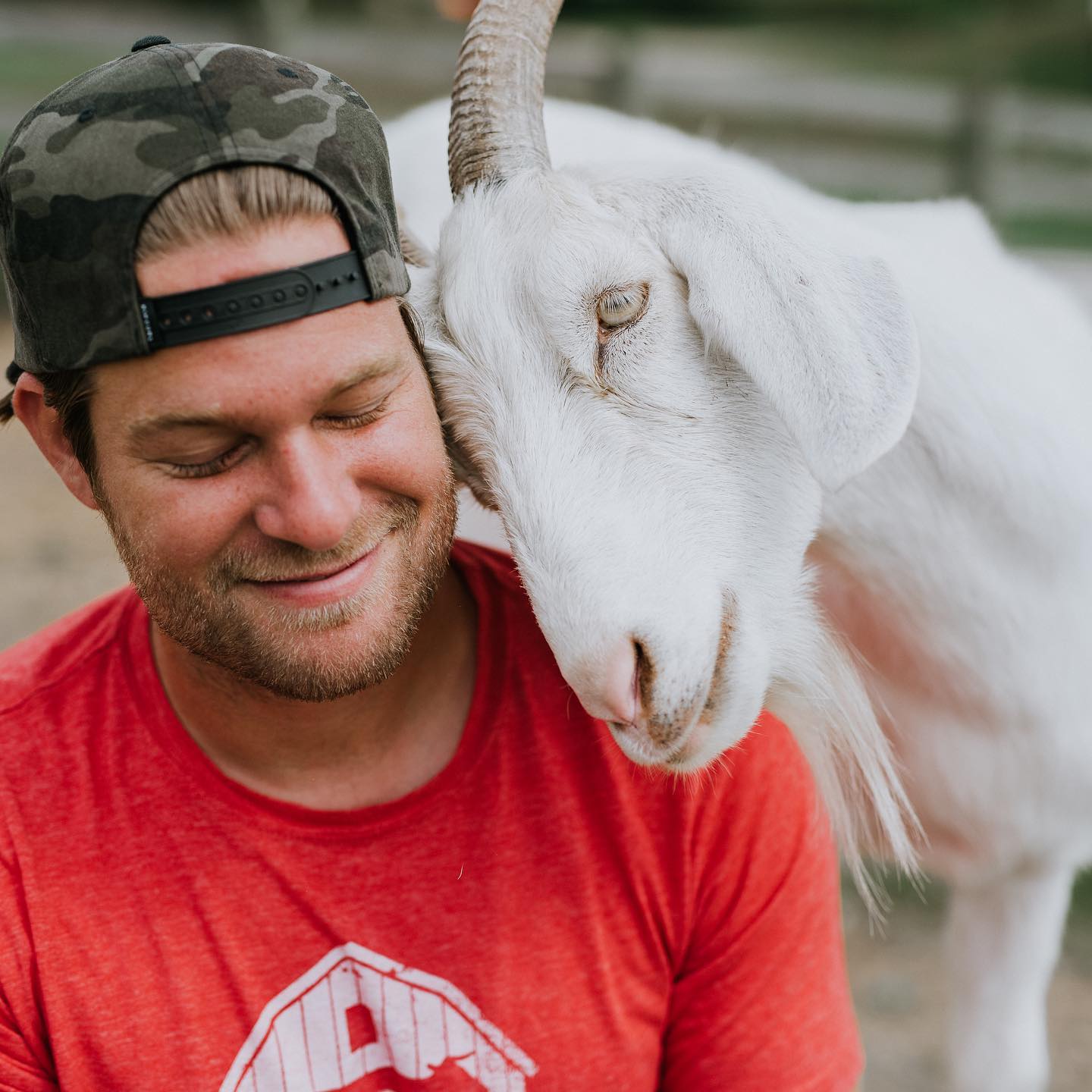 Bendix Theatre
Title to be announced

As the President and Founder of Barn Sanctuary, in Chelsea, Michigan, and host of the upcoming Barn Sanctuary series premiering on Animal Planet, Dan wears many hats and spends most of his days around animals. At Barn Sanctuary, which Dan founded in 2016, he and his team work to rescue and rehabilitate refugee animals from the local and national community and place them in loving homes when they’re ready. Being a Certified Animal Cruelty Investigator and NACA Certified Animal Control Officer, Dan displays compassion towards animals as if they were family. 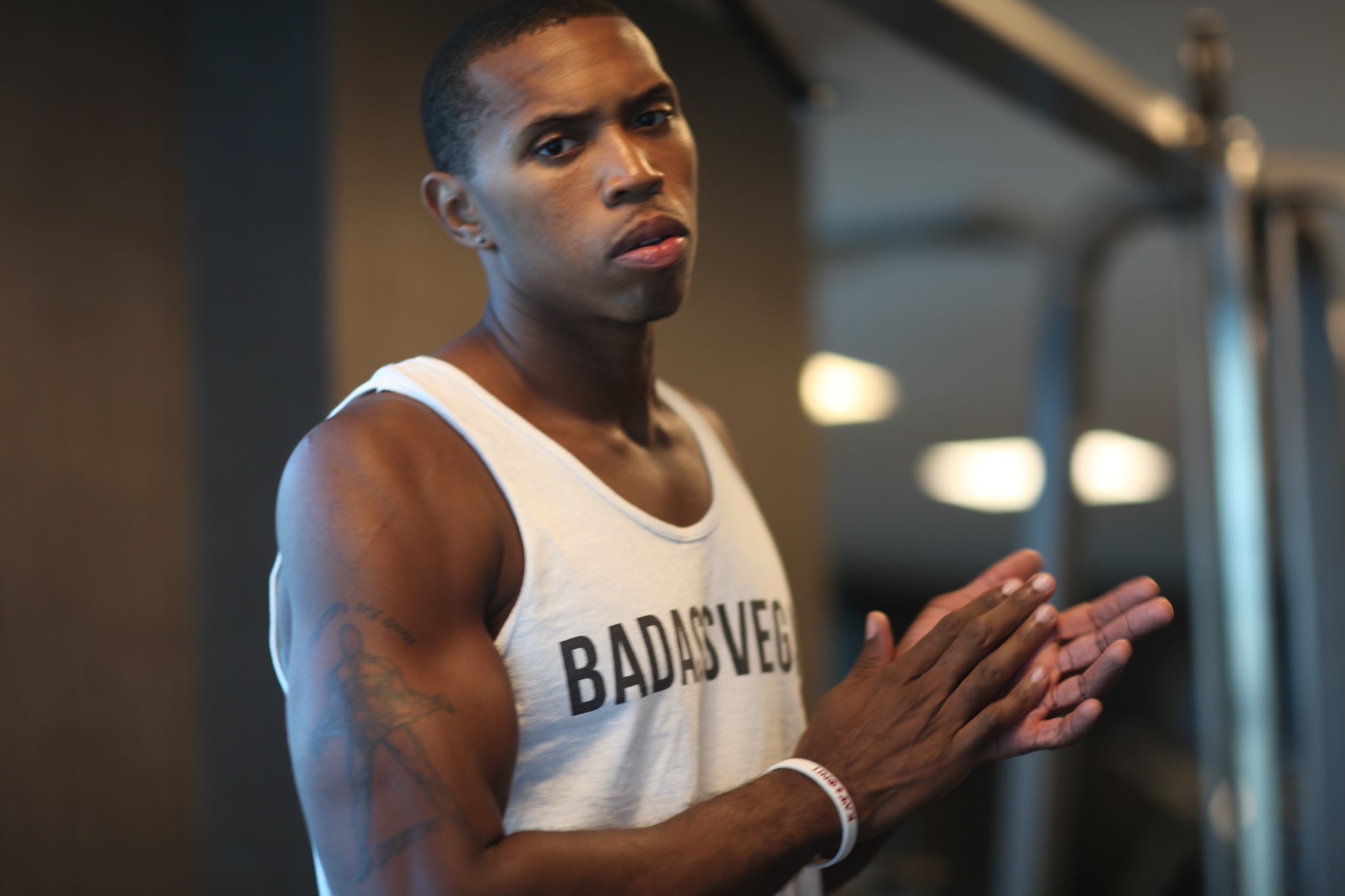 MC for the whole event!

At the young age of 13, John Lewis weighed 315 pounds, but through hard work and dedication, he lost weight and excelled in football and basketball. He continued his streak of athletic excellence throughout his high school and college years with a full-ride scholarship to Harris-Stowe State College. Graduating with a Bachelor's degree in marketing, he later went on to pursue his MBA from Nova Southeastern University in Fort Lauderdale, FL.

Today, John has taken his passion for health and is now directing his first feature-length documentary focused on food and social justice. He has teamed up with the maker of the award-winning What The Health to create their joint venture Hungry for Justice. 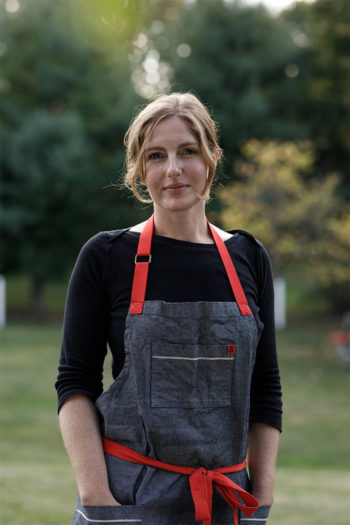 Discovery Ballroom
Topic to be announced

Abra Berens is a chef, former farmer, and writer, who strives to make simple, delicious food that celebrates the Midwest. She believes that the meals we eat should change with the seasons and that their ingredients should come from nearby. She has been cooking since 2006, from the storied Zingerman’s Deli to chef-driven restaurants in Chicago. In 2017, she left her position as Executive Chef at Local Foods to join the Granor team. As the chef at Granor Farm in Three Oaks, Abra combines her love of Michigan, cooking vegetables just-pulled from the ground, and sharing them with others around one big table.

Abra is also the author of the cookbook Ruffage: A Practical Guide to Vegetables, named a Best Cookbook for Spring 2019 by The New York Times and Bon Appetit. 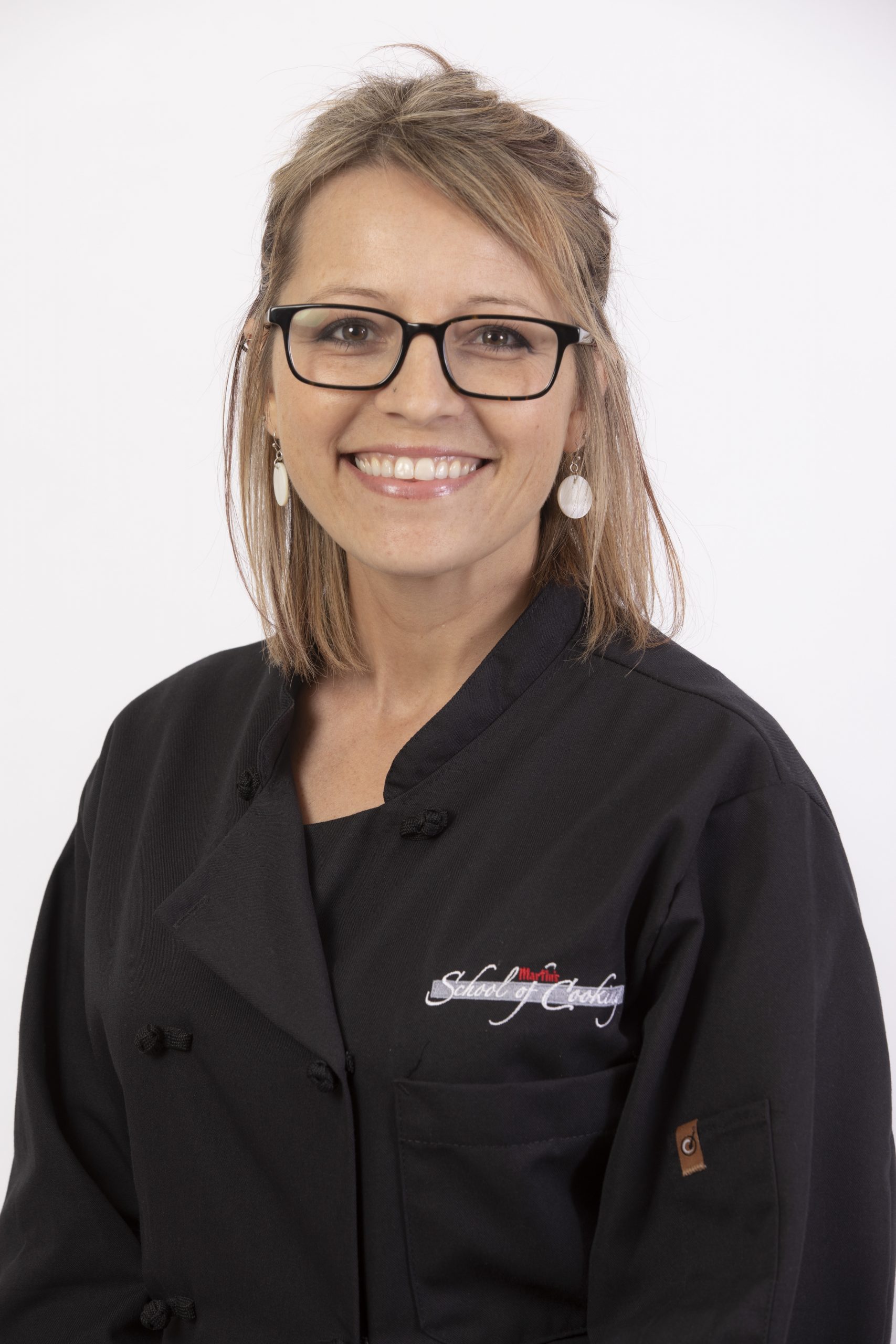 Discovery Ballroom
Topic to be announced

April Howell’s culinary versatility is evident in her ability to adapt to the ever-changing audience she cooks for. April is a Minneapolis native, but currently resides in South Bend with her husband, Nathan and three amazing little ones ages 9, 7 and 4. After living as newly-weds in Manchester, England (2003-2006), April pursued her dream of working in the kitchen and enrolled in the National ACF Culinary Apprenticeship program through IvyTech Community College and spent the next three years (2006-2009) inside the kitchens on the beautiful campus of The University of Notre Dame where she also earned her Culinary Journeymans card through the Dept of Labor. April has had the opportunity to learn under admired mentors’ guidance in countless culinary environments, including culinary greats such as Chef Gordon Ramsay from the FOX television show Kitchen Nightmares. She has been awarded the American Culinary Federation’s South Bend Chapter Junior Chef of the Year award two years in a row, and is currently (2018-current) the President of the local South Bend ACF Culinary Chapter. Chef April has been with the School of Cooking since 2008 and has most recently been selected as one of Michianas 40 under 40! She is a popular instructor for our children and adult programs and enjoys being our Lead Cooking School Coordinator and Community Affairs specialist at SOC Heritage Square!